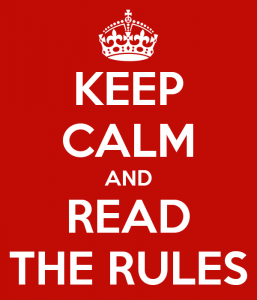 Many sports have very complex rules and tennis is no exception.  The basic rules like the ball can only bounce once or a ball landing on the line is in play are universally known by anyone who plays the game regularly.  But, many rules are unknown to even the most diehard tennis players.  Rules like is a double hit allowed or can someone reach over the net to hit the ball are generally debated whenever they happen.

Some of these rules are o.k. to not completely understand for the average recreational player since whenever some disambiguate situation occurs players tend to just replay the point.  But for players playing competitive matches where some times even money is at stake knowing all the rules is imperative to success.

It is especially important for any player playing competitively to know how scoring works.  I’ve seen many instances of high school players (and even their coaches) not understanding how a tie breaker works.  This is without a doubt the most critical time of a set as the winner of the tie breaker wins the set and in many cases the match if they win the tie breaker.  This is not a good time to be having to think about who should be serving and where they should be serving.

All the rules from this section are taken directly from USTA website and can be found here.  These are the ITF (Internation Tennis Federation) rules.  I’ve added pictures and tries to clarify some of the rules where i felt they needed clarification.

The USTA has a code of conduct which I feel is as important as the official rules and will publish a separate course based on their code.