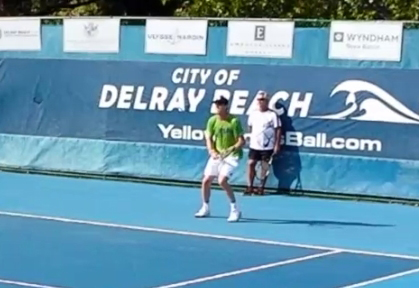 This means that where you hit the ball will determine almost 100% of the time where you should position yourself in order to best retrieve the next ball.

Ball Hit Down the Middle

A ball hit down the middle has the same potential range to either side of the center mark. 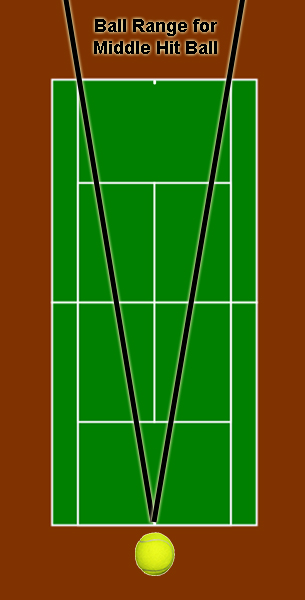