Section 01 – Introduction To The Forehand

The forehand is the most controversial, misunderstood (and worst taught) shot in the game of tennis. It is the one stroke in today’s game that has been “modernized” – no one ever mentions a “modern” backhand, a “modern” serve, a “modern” overhead or “modern” volley. While some parts of the forehand swing are slightly different then the way it was hit 30 or more years ago, the general stroke is still the same.

The biggest difference with today’s forehand is the grip players are using. The continental grip and eastern grip were the two main grip choices of professional players pre-1980. Most pro’s today use either a variant of the eastern grip, a semi-western grip or a western grip. Why have grips changes? Grips have changed mostly because the court surfaces have changed. Before 1970 most professional level tournaments were played on grass surfaces. 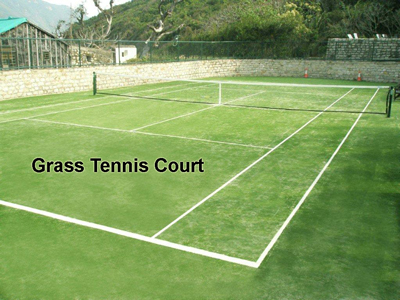 Three of the four majors were on grass. Only the French Open was being played on a different surface, red clay. 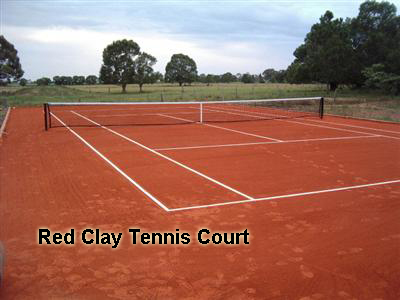 The continental grip, and to an extent the eastern grip, make it easier to hit balls that bounce low. Grass courts tend to keep the ball low so it made sense to use a grip that was better for lower bouncing balls. As the switch to mostly hard court happened, the balls started bouncing higher, thus making the continental grip all but obsolete. One of the last professional player to exclusively use a continental grip was Brad Gilbert (who reached 4 in the world in 1990). 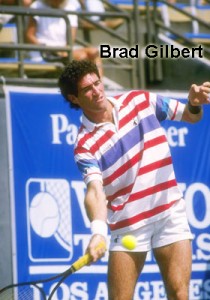 The other big change to the forehand is the follow through or more precisely, where the follow through finishes. Today’s follow through tends to be more compact at the finish leading to a quicker recovery for hitting the next ball. This adaptation, like the grip, makes sense since today’s racquets and strings allow for the ball to be hit with much more velocity then in the past. The faster the ball is hit the less time a player has to recover and get ready for the next shot. A lot of professionals now finish the forehand near their left hip (if they are a right-handed player).

In the past players finished with the racquet well above their non hitting shoulder. The below picture is of Jack Kramer who was one of the greatest players of all time. 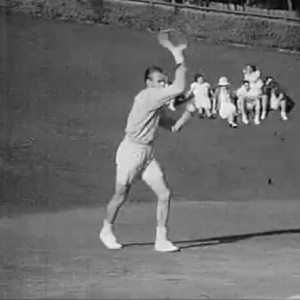 Finishing off the left hip, like many modern pros do, keeps the racquet closer to where it needs to be to hit the next shot. 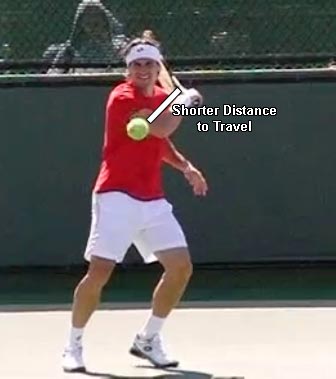 Finishing over the non hitting shoulder requires the racquet to travel a much greater distance before it stops and gets the racquet further away from being in a good position to hit the next shot. 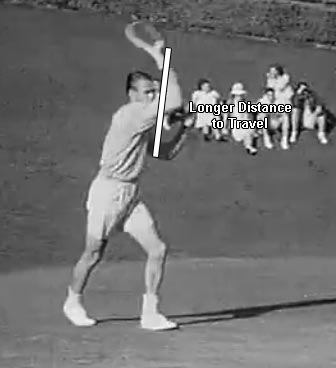 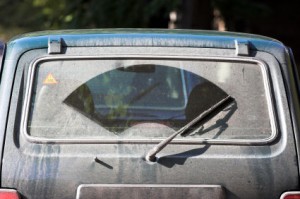 Here is David Ferrer using a windshield wiper follow through. 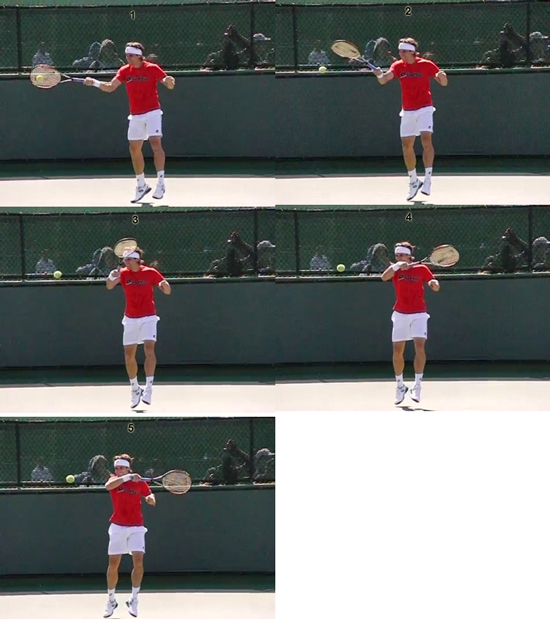 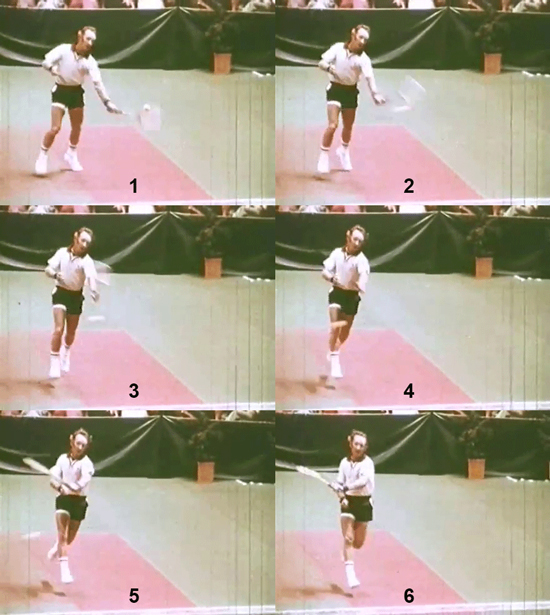 In fact Laver’s forehand motion in the above images is more “modern” and like what many teaching pro’s teach than Ferrer’s forehand is! Ferrer at least still brings his racquet up well above where the ball was contacted. Rod Laver the inventor of the modern forehand. Who knew? Now of course this is only one of Rod Laver’s forehand shots and he would generally finish with his racquet over his non hitting shoulder. 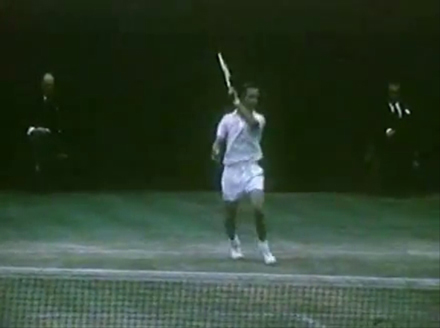 Pro’s have always finished with their racquets in various positions depending on different situations. If there is enough time, or they want to add a little bit more spin they will finish over their non-hitting shoulder.

If they want to add even more spin or they are late hitting the ball they will finish over their hitting shoulder. 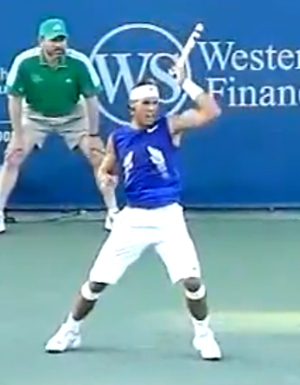 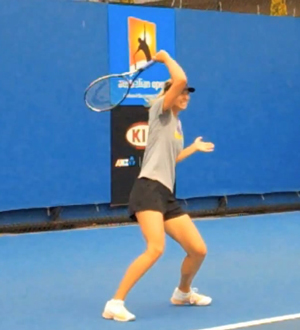 If they do not have much time, or want additional recovery time, they will finish on their hip. That is why Rod Laver is finishing off his hip in the above images.

Sometimes they will even finish with the racquet on top of their head!

The bottom line is simple, once the ball has been hit it doesn’t really matter where the racquet goes and there is no right or wrong answer as to where the follow through should finish. There are definite reasons (explained in the follow through section of the forehand) why one should finish over their non-hitting shoulder, but there are also reasons to finish elsewhere. As a more advanced player myself, I often finish with the racquet on my hip, but will still finish in other positions when its warranted.

For all the fuss over the windshield wiper motion, its not something that you have to worry about doing, it is a result of finishing off the hip. If it happens (the windshield wiper motion) fine, but players shouldn’t have to try and have it happen, it will happen on its own. But even most pro’s who use this type of motion will still bring their racquet up to shoulder level before bringing it down to their hip. Here is a set of pictures showing Bernard Tomic doing just that. 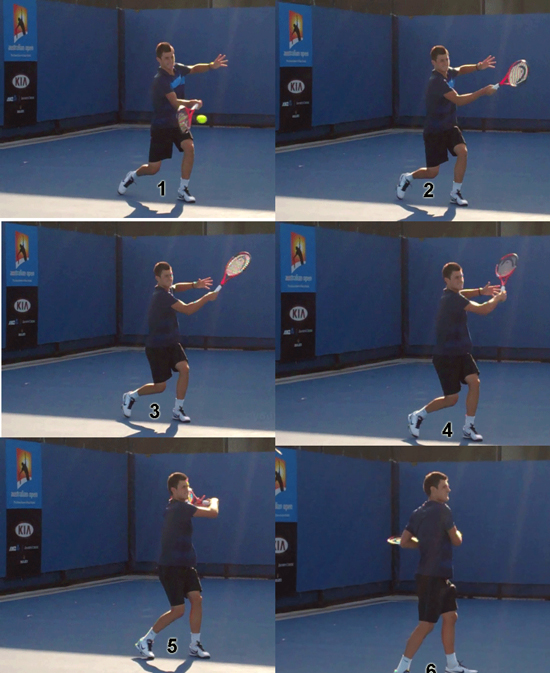 Unfortunately beginner and intermediate player often have a hard time trying to emulate a windshield wiper motion. They will usually not bring their racquet up high enough on the follow through and often will keep the racquet fairly perpendicular to the ground. That is one of the reasons why I recommend finishing with the racquet up over the non-hitting shoulder. As mentioned above, many pros (in fact almost every pro) will finish with the racquet over their non-hitting shoulder at times and some do it almost every time they hit a forehand. If beginners or intermediate players try to finish on the hip there is a great chance that the swing will end up being horizontally instead of vertically and they will hit the ball flat instead of with topspin. The ball will end up being flat because the racquet will never get very far under the ball and will not come much above the hip on the follow through. This will make players momentum from the swing pull across the body and their racquet will follow suit.  There will be no way to impart topspin on the ball since the racquet is stays on a relatively flat plain. The below example shows an intermediate level player falling into the common windshield wiper trap. 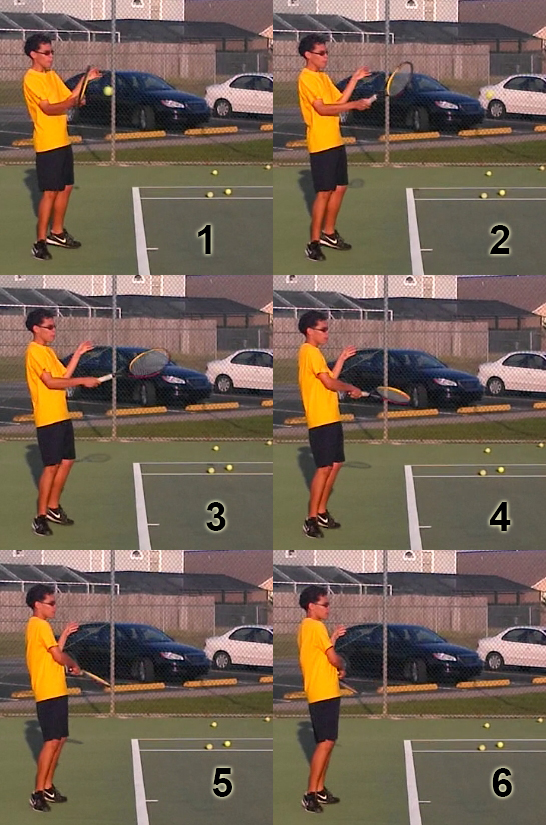 There are also many other numerous points to the so called “modern forehand” that coaches use to “sell” it to you, the consumer. Some of these elements can actually happen when hitting a forehand. Such things as making sure the butt of the racquet is pointing towards the opponent. 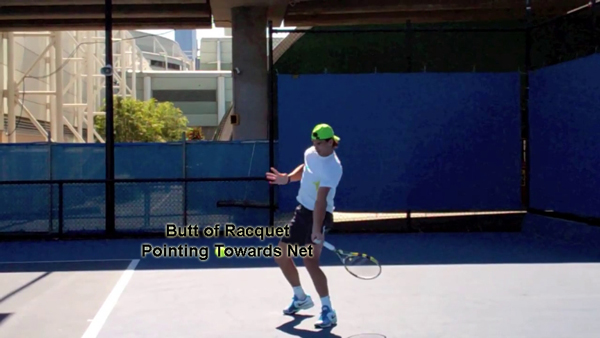 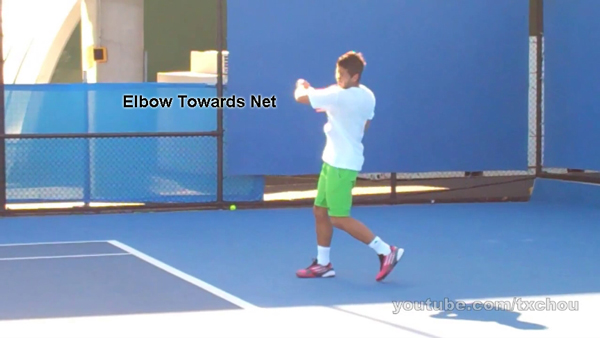 are things that can happen on the forehand, but are products of correct swings and are NOT things you have to think about or be taught to do. Other elements should NOT be done when hitting a forehand correctly. Moving the wrist before contact to gain additional topspin or the racquet face being closed at impact are things that should not be done unless you want to be an inconsistent player!

So at the end of the day the “modern” forehand is a good selling tool, a gimmick, a way to get people to take lessons. But it is no more”modern” then the backhand or serve. It is also no more effective then a more classical type forehand, Effective forehands are consistent, have plenty of topspin, go deep into the opponents court and has a reasonable amount of pace. Hitting the forehand as describes in the following sections will produce these results. And, at the end of the day a forehand is a forehand it doesn’t need to have fancy labels.