When looked at with the naked eye and at full speed it may not look like the pro’s are doing a unit turn the way I say to do it. In fact you may think they do a completely different unit turn or do not do a unit turn at all. The bottom line is that the pro’s do almost all the key points of the unit turn. Probably the one key point of the unit turn that most pro’s do differently is keeping the racquet level. Most will raise the racquet up. They do this mainly as an increased power source. Since the racquet is higher their will be an increase in racquet speed once the racquet starts to drop thanks to gravity. But for most recreational players, and I would say even advanced players, I wouldn’t recommend this as its too easy to get the racquet and body out of sync. So the potential increase in power is not greater then the risk of potentially losing control of the racquet and body.

As discussed earlier most pro’s will start their swing from right after the top hand comes off the racquet, they do this as it gives them extra power by creating a little bit more momentum and swing speed. But this can easily lead to a loss of control. They will still end up in the same position that beginners should end up in its just that they have already started their forehand swing by this time whereas beginners shouldn’t start their forehand swing until they reached this point. I have included 2 separate images for each pro, one with their top hand still on the racquet (and where they usually stop their unit turn) and the second in relatively the proper position for where a beginners unit turn should stop.

The first example is Marty Fish. Of the 14 Key Points for a forehand unit turn, Marty does 12. The only key point he doesn’t do is keep the racquet level. Although he does bring the racquet up relatively early and then maintains that height. His feet are not visible, so I have excluded that key point from these images.Hover over the image to see the highlighted key points.

The next pro is John Isner. Of the 14 key points for a forehand unit turn John does 12. Because John is hitting this forehand from an open stance he will not get his toes pointed to the side. John also raises his racquet above where it was for the ready position.

Here is a different forehand of John’s where he gets in a more neutral stance and you can see his toes pointing to the side fence, 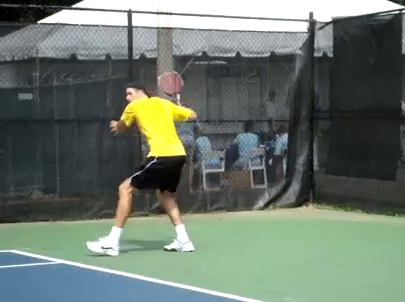 The next example is Ana Ivanovic. Of the 14 key points for a forehand unit turn Ana does 12. She raises her racquet up and she also doesn’t have her racquet pointing slightly down. 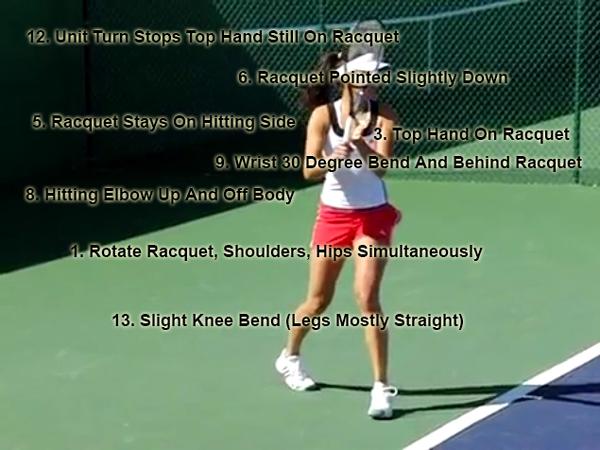 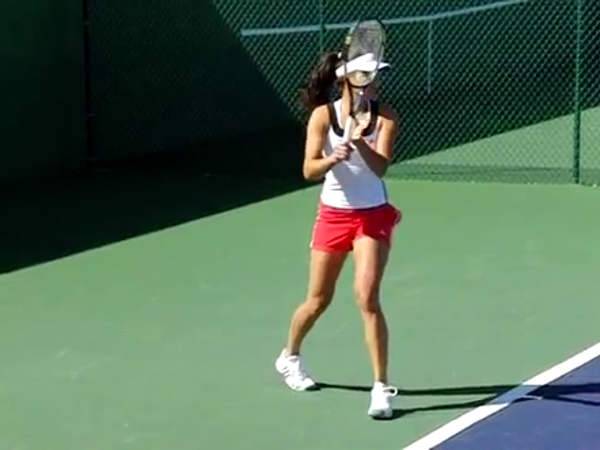 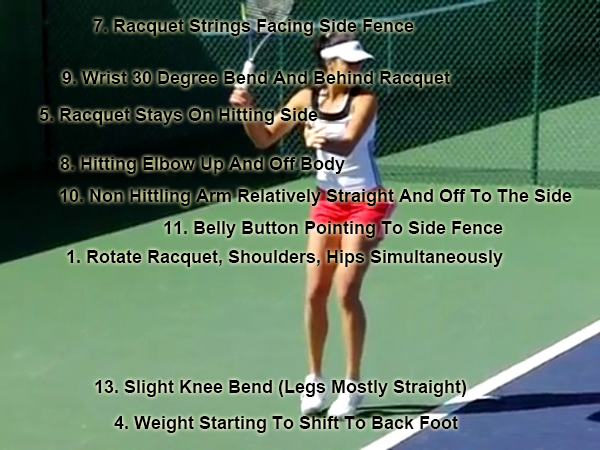 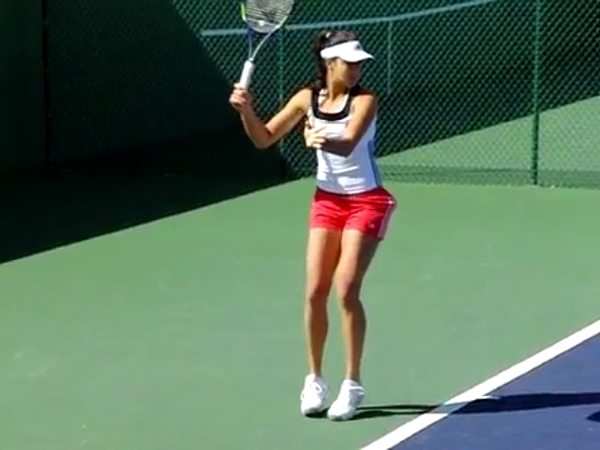 The next example is Janko Tipsarevic. Of the 14 key points for a forehand unit turn Janko does 13. The only one he does differently is raises his racquet, but it is not raised much above his head. Like I said earlier it is not wrong to raise your racquet if you do it correctly, unfortunately most players cannot do it correctly so the benefit does not outweigh the negative.

Next is Li Na. Of the 14 key points for a forehand unit turn she does 12. She does the exact same things during the unit turn as Ana Ivanovic. She raises her racquet and doesn’t have the racquet pointing slightly down, She also is bending her knees a little more than usual for a unit turn, but it is not wrong. She is playing on grass and the ball will not bounce as high, that is why she is bending her knees more than usual.